“Overdue”: That was the common reaction of German politicians and cultural workers to the resignation of documenta general director Sabine Schormann, who resigned after anti-Semitic motifs were discovered in an installation at one of the most important art exhibitions in the world.

The event’s board announced on July 16, 2022 that Schormann was resigning her post by mutual consent after an outcry over anti-Semitic artworks at the exhibition, which opened in Germany last month.

The Central Council of Jews in Germany described it as an “overdue step that comes much too late”. The world art exhibition in Kassel, “but even worse, the reputation of the Federal Republic has suffered immense damage through irresponsible action,” said Central Council President Josef Schuster on Sunday.

The federal government’s anti-Semitism commissioner, Felix Klein, also described Schormann’s resignation as “overdue”, telling the “Bild am Sonntag” that “anti-Semitism must not be accepted in cultural life, no matter where the cultural workers come from”.

Since its inception in 1955, the 100-day Documenta exhibition has been held every five years in Kassel, Hesse, with each edition being curated by different groups.

This year’s 15th edition was curated for the first time by the Indonesian collective ruangrupa.

One of the anti-Semitic depictions in Taring Padi’s artwork

Two days after the opening of the exhibition, a mural titled “People’s Justice” by the Indonesian artist group Taring Padi aroused widespread anger over depictions that both the German government and Jewish groups said went too far and even violated German law.

Among other things, it showed a pig-faced figure in army gear, wearing a scarf with a Star of David and a helmet with the word “Mossad” – the name of Israel’s national intelligence agency.

It also showed a sidecurled man often associated with Orthodox Jews, with fangs and bloodshot eyes, wearing a black hat with the SS insignia on it. Drawing or depicting SS runes is prohibited under the German penal code.

Jewish leaders and the Israeli embassy in Germany expressed “disgust” at the artwork and repeatedly urged Schormann to resign.

The mural was initially covered up, but was eventually taken down after prolonged outcry.

Indonesia-based collective Taring Padi had apologized for the incident, saying the work – which was first exhibited at the South Australia Art Festival in Adelaide 20 years ago – was “in no way related to anti-Semitism” but instead focused on the post-1965 dictatorship in Indonesia.

Sabine Schormann had originally defended the work and said that the artistic direction of the exhibition could curate the show at will. 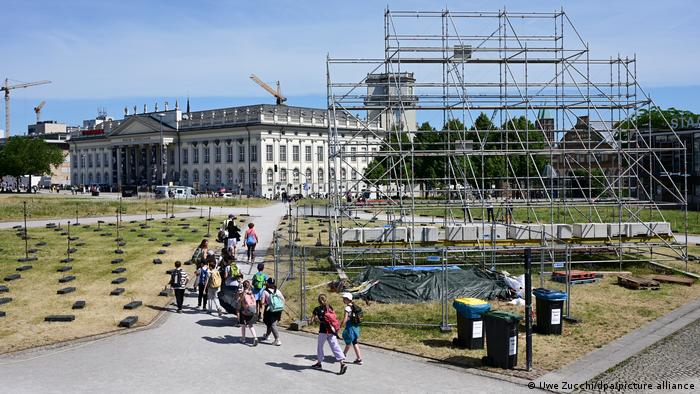 In its statement on Saturday, the documenta supervisory board expressed “deep dismay” at “clearly anti-Semitic” content that “clearly crossed borders”.

Federal Culture Minister Claudia Roth, who supported Schormann’s departure, called for an investigation into how the anti-Semitic work was received in the first place.

“The necessary conclusions must be drawn,” Roth told the “Frankfurter Rundschau” on Sunday and underlined her willingness to support the process of redesigning “this important institution for contemporary art worldwide”. 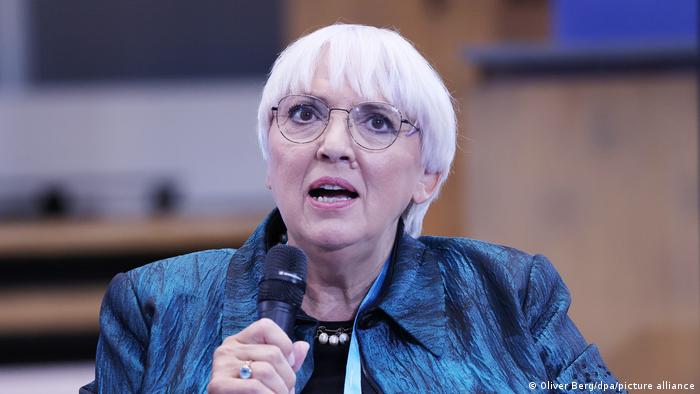 The supervisory board promised a complete explanation, admitted that “unfortunately a lot of trust had been lost” and promised to prevent further “anti-Semitic incidents”.

But Remko Leemhuis, director of the American Jewish Committee Berlin, accused the documenta of not having gone far enough and “still not understanding the problem”.

Quoted by the daily newspaper “Bild”, Leemhuis criticized above all the board’s reference to “accusations of anti-Semitism”, since the posts were clearly “anti-Semitic”.

Ruangrupa had also sparked controversy for hosting a Palestinian artists’ group called The Question of Funding Collective for its ties to the Palestinian-led Boycott, Divestment and Sanctions (BDS) movement against Israel. Josef Schuster of the Central Council of Jews in Germany also said on Monday that the activities of BDS in Germany had been trivialized and presented as a “harmless” protest movement. The problem is just the “tip of the iceberg,” he said.

BDS was classified as anti-Semitic by the German Bundestag in 2019 and barred from receiving federal funding. Anti-Semitism officer Felix Klein told the “Bild am Sonntag” that this should “in future be the binding guideline for the use of public funds in cultural promotion”.

About half of the documenta’s budget of 42 million euros comes from public funds.

With a view to the future, the supervisory board added in its statement that it was striving for a timely clarification of this incident “in order to avert further damage to the documenta”.

It has recruited a “specialist academic support team” that will include academics specializing in anti-Semitism, postcolonialism and the arts. They will look at “Processes, Structures and Receptions” of documenta five and make recommendations for their processing, as well as examine current exhibits for other anti-Semitic elements.

Linda Teuteberg, who is responsible for Jewish life in the FDP parliamentary group in the Bundestag, said that the documenta’s anti-Semitism scandal should be understood as a message that goes beyond the art exhibition. “Israel-related anti-Semitism, like all forms of any manifestation of anti-Semitism, is unacceptable. Trivializations with reference to the “Global South” are just as unacceptable.”