A three-bedroom family home has hit the market for less than the price of a used Ford Fiesta — but there’s a catch.

The Every Street, Burnley property will go under the hammer later this month for just £10,000.

For the investment, the winning bidder will find three double bedrooms, two reception rooms and even a small garden.

The end terrace house is close to a train station and local shops.

But only those who have plenty of DIY know-how should bid.

That’s because the property has fallen into a state of complete disrepair over the years. 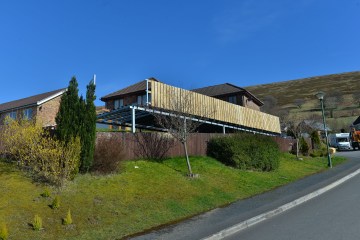 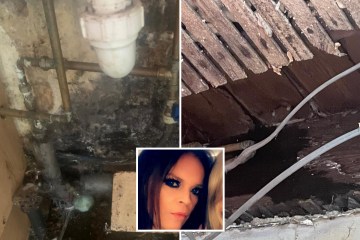 It takes a lot of work, time and money before the owner can move in himself.

From the street, the problems are immediately noticeable.

The house appears to have been vandalized, with windows smashed and front door damaged.

A sheet of plywood was fitted over the glass in the living room to prevent further problems.

Inside, work needs to be done in each room.

It seems that a renovation has started in the kitchen – before the work was abandoned.

The counters are thick with plaster dust and some tiles have been ripped off.

The wallpaper in the bedrooms and on both sides of the stairs is peeling.

Broken glass covers bare floorboards in the master bedroom, while a hole in the wall appears to have opened up.

Despite the problems, an ambitious buyer will find the house very appealing.

It is close to schools and kindergartens and stands on the edge of a local park.

Pubs, takeaways and grocery stores are all within a few minutes’ walk.

DEAL OR NO DEAL

It’s not the only dirt cheap home in need of renovation currently on the market.

A three bedroom house in Grimsby is also available for £10,000.

But it’ll need some serious TLC before the new buyer can haul in their furniture and hook up the kettle.

A four-bed London flat in much better condition is available for £25,000.

At the other end of the scale, a seven bed mansion with its own vineyard is available in Kent for £1.5million.

Barnsole Vineyard near Canterbury has space for a whopping 25,000 bottles.