A HIGH Court judge has paved the way for the eviction of a modern-day recluse hoping to assert squatter rights over a small patch of wasteland. L

eo Fieran, 54, claims he lived for 16 years in a makeshift house wedged next to railway tracks in the Camley Street industrial estate – and was to be given ownership so he could stay permanently.

His case was supported by neighbors, businesses and church leaders, but the court ruled last week that Mr Fieran had failed to prove his right to be present

. City Hall, which owns the land in King’s Cross, can now sack him and he has been told he has no reason to appeal.

Mr. Fieran was in the process of creating a Grand Designs-style DIY project using reclaimed bricks, windows, pipes and other materials on an above-ground patch of rubbish.

He has planted an orchard and garden but his hopes of completing the project are now in doubt.

“I’ve lived here for 16 years and no one has ever taken an interest in me or this place. I proved that this is my home and the land has no value to them,” he said

The engineer and builder said he first encountered the triangular patch in 2004 after moving from Romania to take a job.

He said: “I wanted to come to live and make a living, [and] see London.”

A mechanical engineering graduate, he found work but says it’s harder to get a place to live.

“I was exploring King’s Cross and came across this piece of wasteland,” he said. “Nobody has been here in years, except to throw things away or do drugs. I was working but I needed a place to sleep so I quietly moved in. I did not announce my presence.”

It is behind a large fence with a locked gate that serves as its front door.

He built a sleeping area under a sidewalk. His talent for building includes crafting a soil screening device that removes debris from the ground.

He’s made a name for himself in the neighborhood, doing jobs like repairing walls, laying pavement, and clearing debris. Workers in neighboring garages praise his work and say they can confirm he has lived there for a long time.

Mr Fieran says the land he has inhabited for 16 years is of dubious origin. 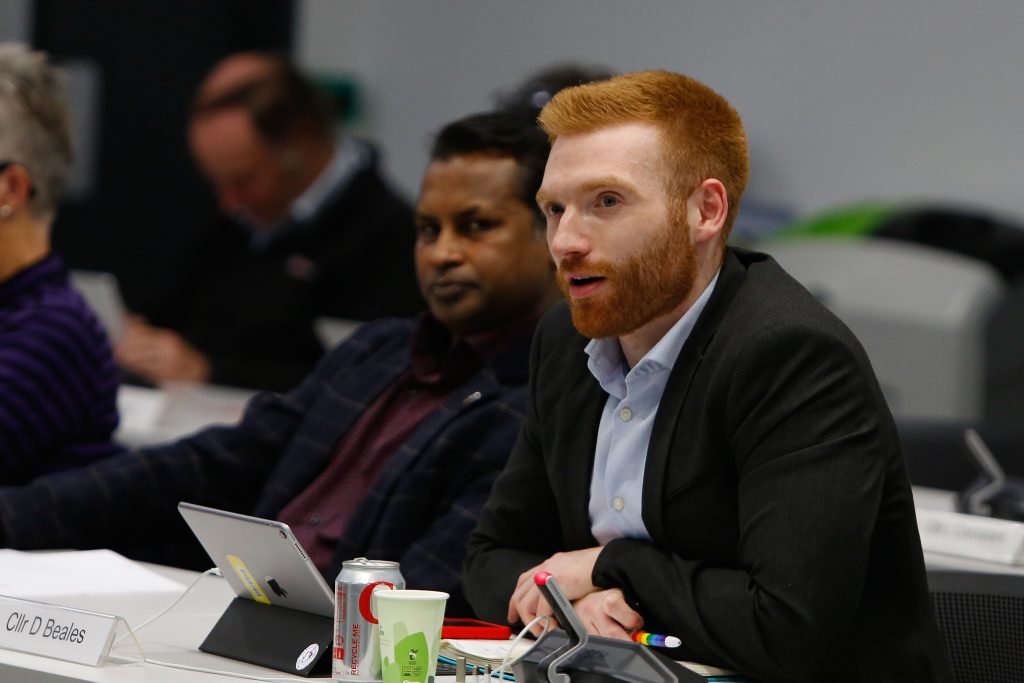 Last year Mr Fieran applied to the land registry for possession but was told his application for recognition as the rightful owner had been annulled as his application was ‘materially flawed’ and asked for further evidence of the property being occupied for over 10 years .

Mr Fieran then saw his case being considered in the High Court where judges ruled against him.

He said: “The land appears to be owned by Network Rail, with Camden leasing it. Network Rail has no interest in it and I don’t care that I live here. I claimed the land last July – and it was only then that I was visited for the first time by a council official who asked me what I was up to.” City Hall said they had tried to help Mr Fieran relocate and the land be unlivable.

The head of regeneration, Labor Councilor Danny Beales, added: “The place where Mr Fieran is currently sleeping is not a safe environment and lacks basic facilities for his well-being. He has received several visits from the Council’s Routes off the Street team but has declined the assistance offered.”

Cllr Beales added: “He is part of the community and the council have been working for several months to help him with his housing options.

“We also need to provide more affordable housing to meet our broader housing needs and the Camley Street project in particular is one of the ways we are advancing much needed social housing.

“Development plans are moving forward and while physical construction has not yet begun, the associated legal processes must now take place. Without this, the community’s ability to provide affordable housing is at risk.”