Pensioner fined £22,000 for a huge pile of rubbish in his garden where he runs a secret rubbish dump

By Jonathan Rose For Mailonline

A pensioner has been fined £22,000 after pleading guilty to operating a secret rubbish dump in his back garden.

Raymond Wortley, 75, of Crowland, Lincolnshire, accepted waste and illegally stored it at his home without a permit.

While some of the rubbish was burned, he also left his gate open, allowing flykippers to dump other rubbish on his premises.

Waste, including tree trimmings, plastics, treated timber and construction waste, was stored at Wortley’s home on land between October 23, 2019 and June 2, 2021.

Officials visited the site in October 2019 after reports of material being burned there.

The smoke from the fire was so thick that officers could not see each other.

Tins, spray cans, ceramic pots and plastic were found on the pile of fire. At that time, Wortley was only permitted to incinerate green waste generated on its premises.

A pensioner has been fined £22,000 after pleading guilty to operating a secret rubbish dump in his back garden

Monitoring was conducted at the site in February 2020 and June to July 2020.

They were told by the drivers that there would be a charge of £20 per load to bring waste to the site.

Wortley has been told multiple times, both verbally and in writing, that he is not permitted to operate the site in the way he is doing. Nonetheless, he continued.

Further visits were made to the site in July 2020. Attempts have been made to regulate some of the activities as the green waste is now shredded but this still required a permit.

Further visits took place in February 2021 and again in October this year. Despite further warnings urging him to stop, Wortley continued to work from the site, finding mixed debris including carpets, plastic and household waste. 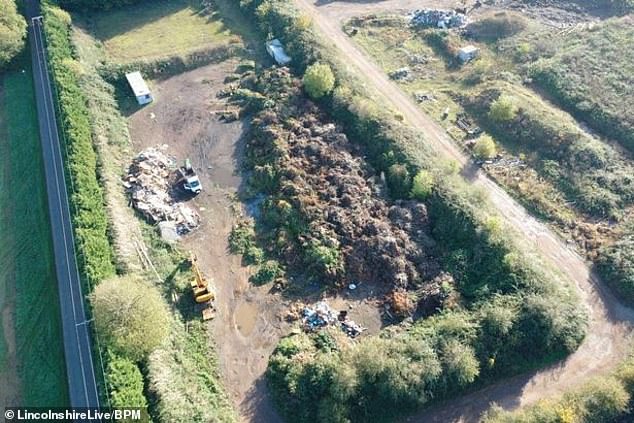 Raymond Wortley, 75, of Crowland, Lincolnshire, accepted waste and illegally stored it at his home without a permit

In November 2021, the site was inspected by drone and found that it is still operating as a waste transfer station without a permit.

Wortley was convicted in Peterborough Magistrates’ Court on May 24, 2022. He pleaded guilty to operating a waste facility without a permit in violation of Regulation 12 and 38(1)(a) of the Environmental Permitting Regulations 2016.

He also pleaded guilty to knowingly allowing others to dump waste in violation of Section 33(1)(a) of the Environmental Protection Act 1990.

It was mitigated that Mr Wortley had misunderstood the scope of the regulations and had endeavored to comply with them.

He had recently cleared the site and was in the process of applying for a building permit. 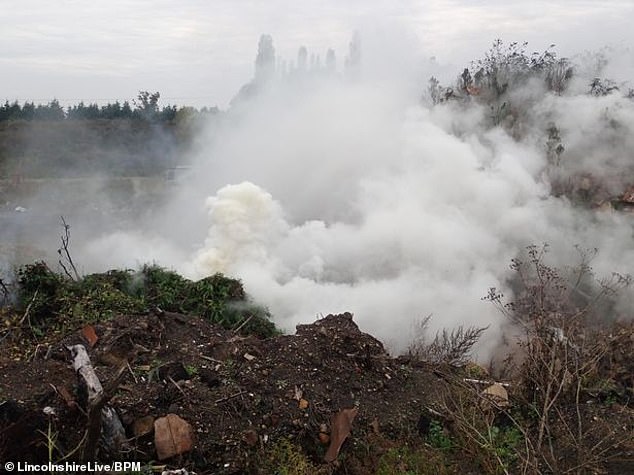 Officials visited the site in October 2019 after reports of material being burned there. The smoke from the fire was so thick that officers could not see each other

He was fined £21,693.50 which included the avoided permit costs and the financial benefit Mr Wortley had gained from running the illegal website.

He was ordered to pay a contribution to prosecution costs of £10,000 and a victim’s surcharge of £181.

“Wortley was advised to quit on numerous occasions but continued to flout environmental laws. He now bears the consequences of these actions.