By Matthew Lodge for Mailonline

A couple who built a makeshift porch in their back garden, which infuriated their neighbors so much that they moved out without telling them.

Alexandra Adams and her husband Cev were on friendly terms with the people who lived next door to their south London home.

But when financial analyst Cev decided to build a “massive” porch in her back garden, the relationship between the two households changed.

Instead of saying hello and smiling at each other, Alexandra says they suddenly broke up and the couple, who are both 43, “never saw her”.

Alexandra claims they started doing “weird things” like vacuuming at unsociable times and even going inside when Cev and Alexandra went outside.

This culminated in their neighbors suddenly moving out without telling them, The Sun reports.

“It seemed like they wanted to say something,” Alexandra told the newspaper.

Alexandra, who works as a property manager, said the porch was “very visible” from her back garden and was set up very quickly by her husband. 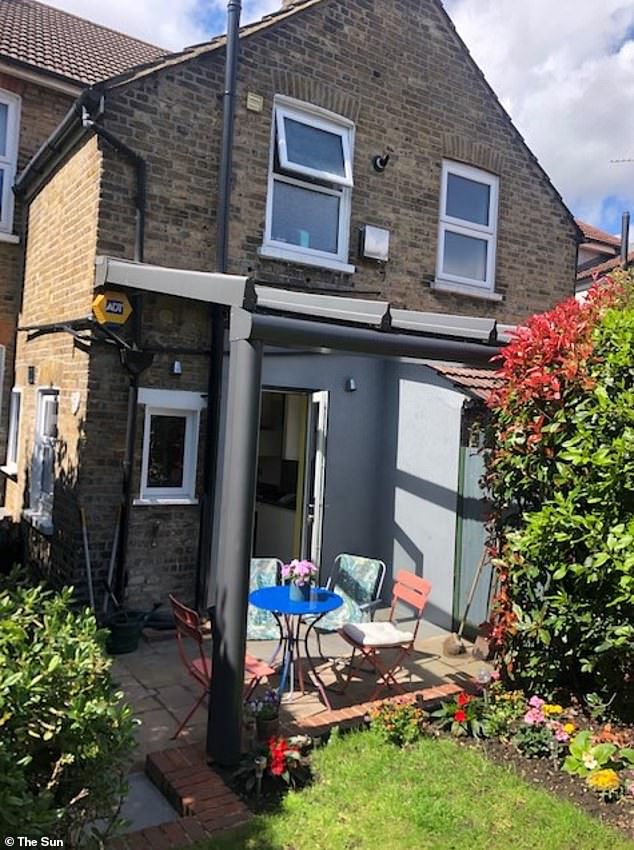 “It was massive, not a delicate little thing, and right on the border between us and next door,” she said.

“He’s Turkish and over there every house has a porch in the garden, so he wanted the same for our house.”

She said it appears this has led to a change in behavior from their neighbor, who no longer exchanges pleasantries with them.

Alexandra said: “When we went into the garden, they went in. Sometimes I could swear I heard tutting from her side of the fence. It felt very uncomfortable.

“But it’s our garden and certainly our business what we put into it.”

Things finally came to a bizarre end in March of this year when Alexandra gave birth to a baby girl named Lara.

“The couple moved out that same week without telling us,” she said.

Alexandra added that she and Cev aren’t party animals, “so can’t see what they’re upset about.”