Acquiring a green thumb is no easy task.

Many of us are frustrated by our tendency to kill every living thing we plant.

Dan Cooper is a UK-based crop grower who owns his own business, Dan Cooper Garden, and blogs on related topics, The Frustrated Gardener.

As a professionally trained horticulturist for over thirty years, he has seen gardening fail. Speaking to The Sun, Dan revealed the five biggest mistakes people make when gardening.

THE ELEPHANT IN THE ROOM

The first common mistake budding gardeners make is to ignore the elephant in the room.

“I think people often have something in their yard that they’re really unhappy about, but it’s a hassle to get rid of.” 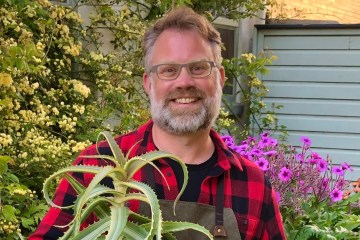 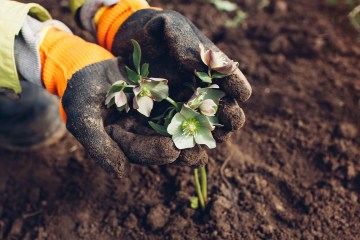 He cited an overshadowing tree, a ramshackle fence, or an ugly shed as examples.

“It’s tempting to try to work around these things somehow, but it really is a big mistake to ignore the problem. You should tackle it first before you plant anything because you will never have the garden of your dreams if you don’t take care of it.”

Large barriers like these often overwhelm a space and rob it of some of its horticultural potential.

NEGLECT OF THE FRONT YARD

The second mistake: not using the front yard optimally.

“People tend to focus on their back garden because it’s more private. People sometimes park their cars in their front yards and don’t really use them.

“But actually, there’s a lot of research that says a beautiful front yard adds a lot of value to your home.”

A well-kept front yard not only increases the appeal of your home, but it can also inspire your neighbors to do the same.

“If you get a street where everyone has nice front gardens, then that also enhances the whole district.”

Put some sturdy plants or charming pots by your front door and your home will shine a lot brighter.

Though it’s tempting to pave everything in cement or put in some AstroTurf and call it a day, Dan says it’s a mistake you’ll regret later.

“If everything is paved, there will be a lot of runoff water when it rains and the likelihood of flooding increases.

“Plus, a lot of these artificial turfs are absolutely polluting because they’re basically plastic carpets.”

He said that you can create a hard, clean surface in your garden with natural and long-term sustainable elements such as attractive pebbles or gravel.

The other reason not to repave everything? It’s quite difficult to get rid of.

“You might be happy with all that concrete, but the next person who takes an interest in your house might not want that.”

USE OF CHEMICALS AND PEAT

Dan says chemicals are leaking from many garden products — and that’s a good thing.

“They are much better off using biological controls, like insects attacking other insects. Or dealing with things in a manual way, literally going in and physically removing the bugs.”

He says to also avoid using peat, which is found in most types of compost.

While it’s good for growing crops, it’s not renewable – you use it once and you’re done.

He urges gardeners to use peat-free compost instead — types made from natural substances like coconut park and composted leaves.

The fifth and final mistake Dan sees too often is: People don’t take enough time to really enjoy their garden.

“It’s like a relationship. You have to work at it, but you also have to make time to enjoy each other’s company.”

Dan says he and other avid planters made this mistake because they see the garden as a workplace of sorts.

“It’s becoming more of a place to be active and less of a place to sit and listen to the birds or daydream or meditate, whatever you like to do.

“But I think you would become a better garden and just a healthier person if you actually spent some time doing nothing. I just look around at what’s growing well, what’s looking pretty and I’m like, ‘Oh, I could plant this and it would look amazing.’”

Do you have a story for The US Sun team?