A girl looked “dead behind the eyes” after contracting salmonella from a Kinder Surprise chocolate egg, her mother claims.

Charlotte Wingfield, who is believed to be from Dorset, said daughter Brooklyn-May, three, had never been “this bad” in her life following the alleged food poisoning last week.

The mother assumed her little girl had caught a tummy bug when her temperature rose to 39C and she became so weak she struggled to stay awake.

In a Facebook post shared hundreds of times, Ms Wingfield claims it has since been “confirmed that she has salmonella from the Kinder chocolate she ate”.

Confectionery giant Ferrero last week recalled eight of its Kinder chocolate products – including surprise eggs – after they were linked to salmonella contamination at a factory in Belgium.

A spokesman said the company was “very sorry to hear about Brooklyn-May” and its “sincere thoughts are with her and her family at this time.”

“It was absolutely heartbreaking to see how my normally fiery, adventurous and very active little girl is the complete opposite of everything she normally is,” she said.

She urged others who had the treats at home to throw them out.

Charlotte Wingfield said her daughter Brooklyn-May (pictured) was “so bad” last week and she assumed the toddler was suffering from a viral bug. But just days later, she was “confirmed to have salmonella from the Kinder chocolate she ate,” Ms Wingfield said 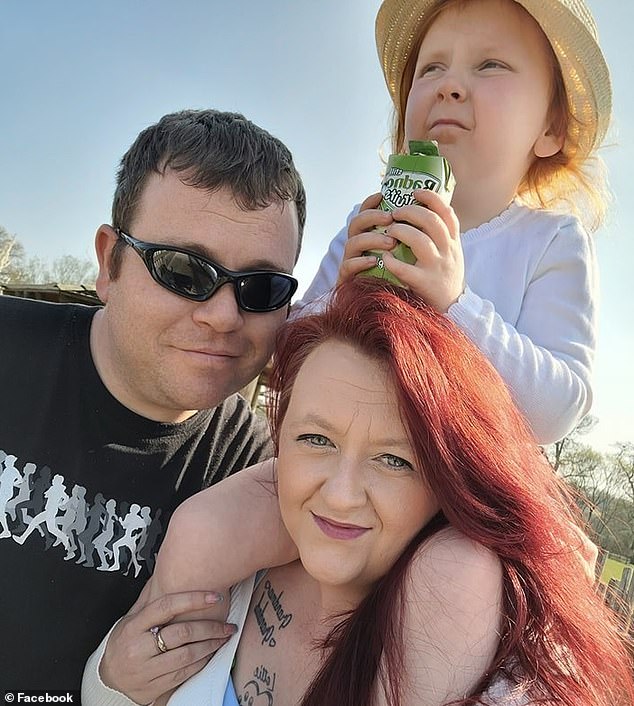 Ms Wingfield (pictured with her daughter Brooklyn-May) said her daughter was left “completely dead behind the eyes and so lifeless”. “It was absolutely heartbreaking to see how my normally fiery, adventurous and very active little girl is the complete opposite of everything she normally is,” she said

Ms Wingfield took to Facebook to unveil the news in a post that was shared more than 500 times.

The parents had just recovered from a gastrointestinal virus and assumed their daughter had been afflicted with the same illness.

WHICH KIDS PRODUCTS HAVE BEEN RECALLED?

In response to dozens of reported cases of salmonella, Kinder has voluntarily recalled a selection of its Belgian-made products.

The Food Standards Agency said anyone who bought these products should not eat them.

Instead, Brits should contact the Ferrero Consumer Careline for a full refund.

She became more concerned when Brooklyn-May “slept 21 of the next 24 hours and then kept falling asleep while she was doing things.”

Ms Wingfield said: “I knew something was wrong and spoke to the GP, who alongside a hospital visit went through a list of what it could be.

“I came away thinking she had a viral virus.

“Fast three days ago and it has been confirmed that she has salmonella from the Kinder chocolate she ate on Sunday.”

Brooklyn-May was “sick a couple of times, but that was different,” Ms Wingfield said.

“She was completely dead behind the eyes and so lifeless.”

Brooklyn-May began feeling better Thursday, becoming “regained in awareness of her surroundings and able to play for the first time in days.”

Her mother said: “Anyone who eats children’s chocolate products, especially the surprise eggs, with toddlers and has products with an expiration date between July 11, 2022 and October 7, 2022, please, please throw them away!”

The problems with some Kinder products were revealed last Wednesday by the Food Standards Agency, which warned the public not to discard a range of Kinder products including Kinder Surprise 20g eggs and Kinder mini eggs.

A UK-wide investigation found a link between reported Salmonella cases and products made by Ferrero, Kinder’s parent company.

But on Friday, Britain’s food watchdog warned consumers not to eat a range of Kinder products, regardless of their best-before date, and to contact the Ferrero consumer helpline for a refund.

And Belgium’s food safety regulator, AFSCA, ordered the Arlon factory closed on Saturday after the company failed to provide the documents needed for its separate investigation. 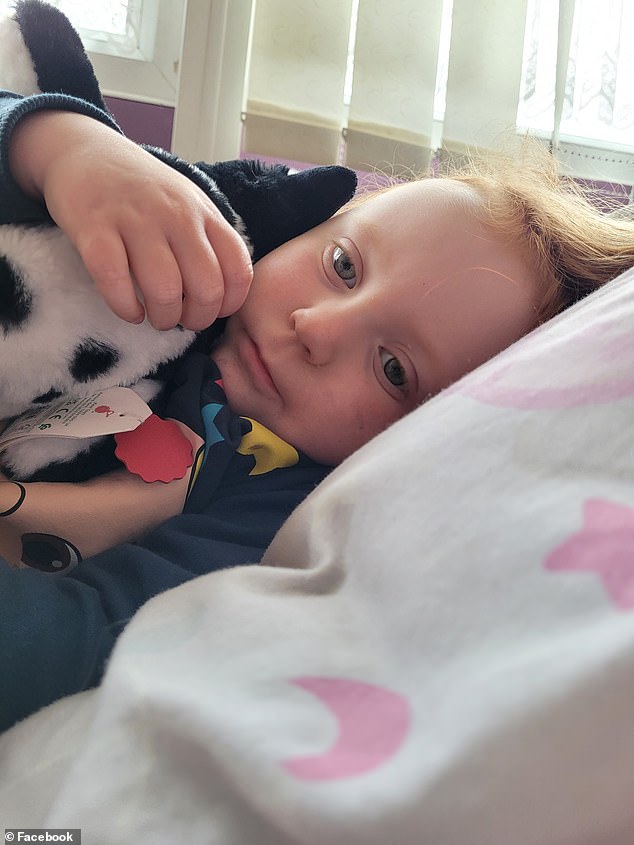 Ms Wingfield added: “She (Brooklyn-May, pictured) was completely dead behind the eyes and so lifeless that it was absolutely heartbreaking to see my normally fiery, adventurous and very active little girl being the complete opposite of everything what she usually is.” 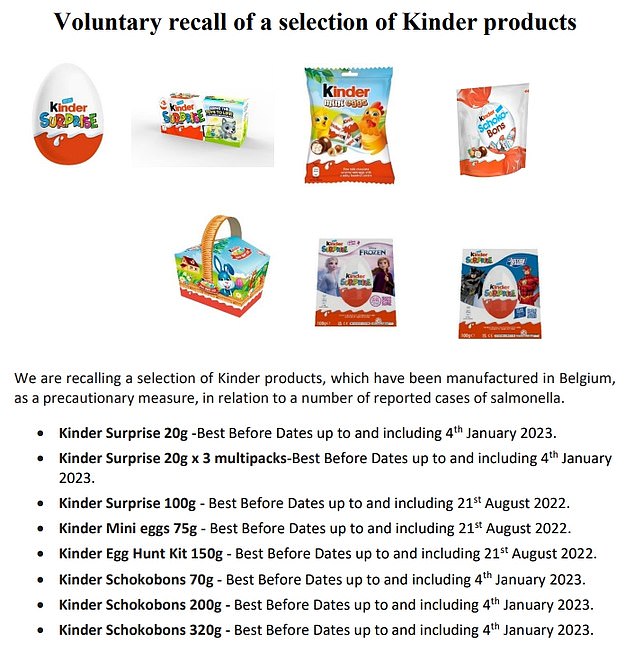 A UK-wide investigation found a link between reported Salmonella cases and products made by Ferrero, Kinder’s parent company. But on Friday, Britain’s food watchdog warned consumers against eating a range of children’s products, regardless of their sell-by date

The factory can only open if it complies with food safety regulations.

A Ferrero spokesman said: “We are very sorry to hear from Brooklyn-May and our sincere thoughts are with her and her family at this time. We deeply regret this matter.

“We continue to work closely with food safety authorities to support their investigations.

“Food safety, quality and consumer protection have been at the heart of Ferrero since the company was founded.

‘We are taking all necessary steps to maintain the full trust of our consumers.’

Salmonella — food poisoning caused by salmonella bacteria — is rarely serious and usually gets better within a week.

It is caused by eating something contaminated with germs, such as B. Food that has not been properly cooked or stored, has been left out for too long, or has been touched by someone who is ill or has not washed their hands.

Signs of the disease usually begin a few hours to a few weeks after eating the food that caused the infection.