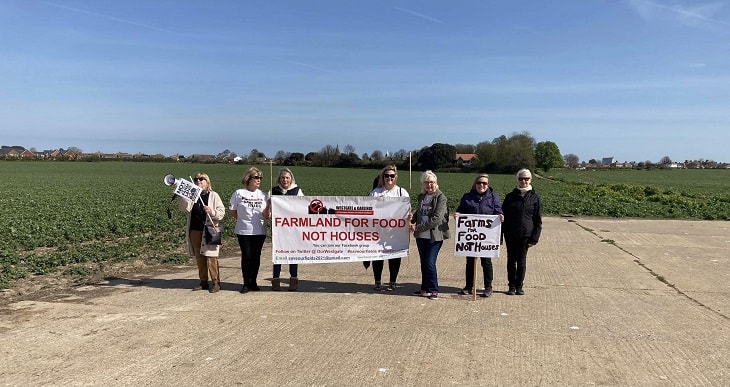 Speeches at the Westgate event were made by Joanna Cornford, Cllr Pauline Farrance, Cllr Matthew Scott and Rowan Dickman from the Salmestone Ward Residents Association. 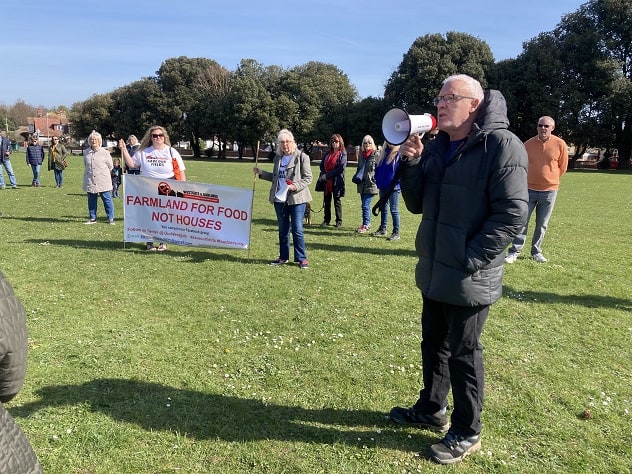 Loss of farmland, food security and the impact of settlement development were discussed, as was the link between increased use of local food banks and the Dover gridlock and wasting loads of food. 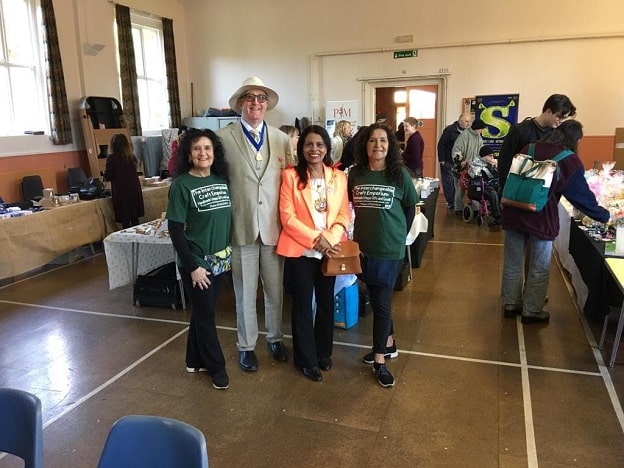 A new monthly Craft and Producer Market has opened in Ramsgate.

Organized by sisters Julia and Mizz Sanders, who sell their own wares online through The Interchangeable Craft Emporium, “Mr. Ramsgate’ Ralph Hoult and the Mayor of Ramsgate, Cllr Raushan Ara, attended the first event. 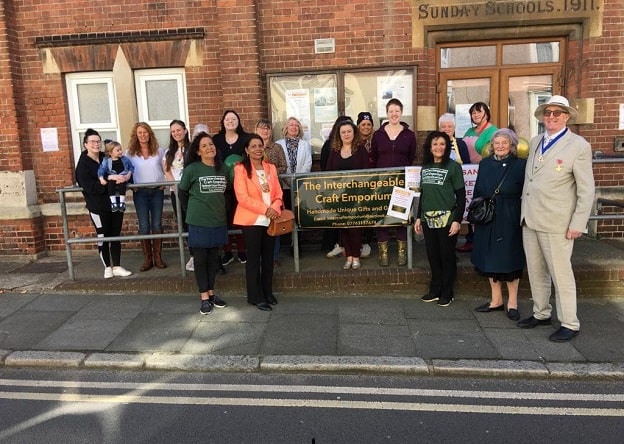 Cllr Ara said: “I would like to thank Julia Sanders for inviting me to open The Interchangeable Craft Emporium, a new indoor market fair. It’s wonderful to see so many local small businesses and businesswomen selling unusual and creative gift items and supporting this monthly indoor market. I wish her new company every success.” 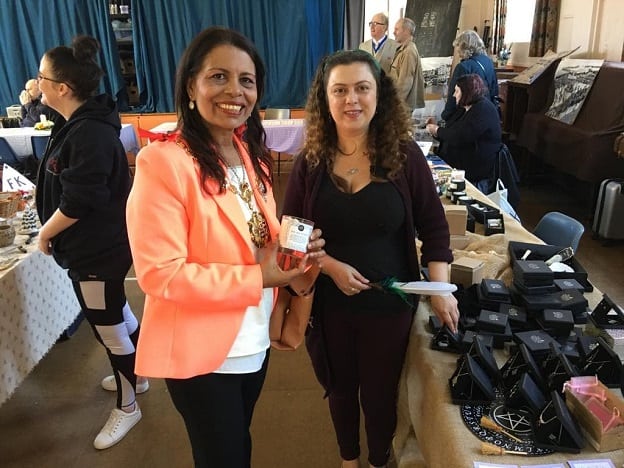 The next market is May 7th from 10am to 4pm. For stall holder inquiries email intercraftemporium@outlook.com

We only held our second meeting in over 2 years on April 7th due to Covid; 2022 was our annual general meeting. Apologies were received from a number of members for various reasons, many of them health related.

The Assembly was asked whether the previous minutes would be accepted as a true and accurate record of events, and they were unanimously accepted as such. The congregation was also asked if any matters would arise from this, and there were none.

The Secretary formally resigned his post and solicited nominations for the post, but it was unanimously agreed that he should remain in office. Our detailed financial report was submitted showing that our accounts remained in good shape and it was presented to the members.

Unfortunately, our infirmary list is increasing due to age and consequent health issues, and news was shared at the meeting by some. A report was given of our annual New Year’s Dinner which was again well attended and was held at the Racing Greyhound Pub in Ramsgate where everyone enjoyed another delicious meal with good service. Members would like to thank Keith, Debbie and the staff for a great evening.

Our raffle that night raised us £113. A report was given of our participation in the recent Channel Dash Association memorial service held this year at Manston Airport where we represented the Merchant Marine. Details were given of bus services for our trip to the National Merchant Navy Day parade at Tower Hill, London on September 4th; 2022 and post parade ideas. We hope to be able to participate in the 2022 Armed Forces Day Parade again this year and names of interested parties have been solicited.

Sadly, it was revealed that our shipmate Brian Hunt, President of the South-East Queensland Vindicatrix Association in Australia, “went over the bar” in February after suffering a heart attack. Brian was a staunch supporter of the merchant marine and responsible for a monument being erected to the merchant marine. He will be greatly missed by all who knew him. RIP Brian.

Some members and wives will travel to the Isle of Wight for a 5 day coach trip in May. The problem of restarting our submarines; and it was agreed that we would keep our annual subscriptions at £5. Discussed the memorial services to be held on June 14 at the National Arboretum for the Falklands War; 2022 for the veterans and families of the participants and of course the merchant marine and merchant seafarers have played a big part in it. Our next meeting will be on July 7th; 2022.

1st Westgate On Sea Beavers are looking for donations for old digital cameras that are no longer needed – forgotten, unused, unloved because you have a camera phone that does the job just as well!

All donated cameras will then be tested and used by the beavers at the 1st west gate to help them get their photo badge.

If you have a digital camera that you would like to donate, please drop it off at the Westgate-on-Sea Town Council office at 78 St Mildreds Road.

The Kent Community Foundation has £187,000 to distribute to grassroots groups to improve their digital offering and strengthen customer-facing technology infrastructure

The Digital Inclusion Fund is open to applications from charities across Kent and Medway that are working hard to reduce digital exclusion.

Grants of up to £10,000 are available for a variety of activities, including working with disadvantaged young people seeking education, older people navigating digital services such as welfare and health services, and vulnerable adults seeking access to education and training Have skills development to enable independent living.

Natalie Smith, Director of Grants and Impact, Kent Community Foundation said: “This fund opened in November 2021 with £300,000 following a matching funding program from Kent County Council. We have distributed the first round of grants to sixteen groups including West Faversham Community Association, Fusion Maidstone, Headway Kent and Healthy Living Center Dartford and are now accepting new grant applications of up to £10,000 from the £187,000 balance be awarded of the fund.”

One of the beneficiaries of the first round of funding was Kent Coast Volunteering, which received £10,000 for its Folkestone Nepalese Digital Inclusion Project. The project focuses on helping older Nepalese people learn IT skills and how to use computers so they can connect with health and social services, feel less isolated and support their well-being.

Kerry Smith, CEO of Kent Coast Volunteering said: “In a world where information, services and support can be accessed online; Funding from the Kent Community Foundation’s Digital Inclusion Fund means our Volunteer Digital Champions can continue to support Nepalese elders and help people of all abilities connect at a reasonable pace and from a warm and welcoming place.”

Natalie Smith continued, “Kent Coast Volunteering has worked with the Nepalese community for the last eight years and we were delighted to support their application as it corresponds directly to one of the key areas the fund supports. If groups are unsure about their eligibility or have questions, our grants team is more than happy to assist them with the application.”

To apply to the Digital Inclusion Fund visit www.kentcf.org.uk/funding/KCC-digital-inclusion-fund