A booklist compiled by the Richmond Public Library of their most recent books in the Dayson Collection.

A list of the most recent additions to the Richmond Public Library’s Dayson Collection.

Growing Up Below Sea Level – Rachel Biale
Have you ever wondered what it would have been like to grow up on a kibbutz in the 50’s and 60’s? Just ask Rachel Biale. Her memoirs, a collection of stories ranging from her parents’ love letters to her childhood in a children’s home, offer children and adults alike a glimpse of life on the kibbutz.

House by the Endless Water – Emunah Elon
An exploration of identity and belonging that questions how well we know the people around us – and ourselves. Author Yoel Blum travels to his birthplace of Amsterdam and embarks on a desperate search for the truth when he finds a family photo with a toddler he doesn’t recognize.

Judaism for the World – Arthur Green
Aimed at all seekers of Judaism, Jewish or not, this book offers answers to questions about human existence and how to live. With over 50 years of experience as a scholar and theologian, Arthur Green takes readers on a journey inward and examines Jewish mysticism and thought in new ways.

The Lost Shtetl – Max Gross
Kreskol, a traditional Yiddish-speaking village, remained hidden for decades. When a young woman appears who wants to divorce her husband, the village suddenly comes to the fore of media attention. Kreskol is suddenly faced with the challenges of modern society that have been overlooked all this time. Can the village ever go back to how it used to be?

The last interview – Eshkol Nevo
A writer at his wit’s end tries to answer a series of interview questions sent to him by a website, but finds he can’t answer in his usual, calculated way. What pours out instead is the whole, raw, unfiltered truth – revealing deep cracks in the front that he’s worked so hard to preserve.

The Plum Trees – Victoria Shorr
When Consie returns home for a funeral, she comes across an old family letter that shocks her: According to the letter, her great-uncle Hermann may have escaped from Auschwitz. But what happened to him? Driven by a need for the truth, Consie sets out on a quest to find out what really happened to Hermann and bring peace to a fractured family.

How Yiddish Changed America and America Changed Yiddish – Ilan Stavans & Joshua N. Lambert
A vibrant anthology of poems, essays, memoirs, letters and more that captures generations of Yiddish voices in America. This collection showcases the diversity of Yiddish culture through subjects such as politics, language, literature, and the development of Yiddish culture across generations. 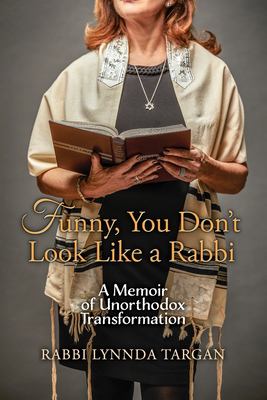 Funny you don’t look like a rabbi – Lynnda Targan
Despite a fulfilling life, Lynnda Targan always felt something was missing, so at the age of 50 she decided to follow the path of science and spirituality to become a rabbi. This inspiring and compelling memoir will show readers that it’s never too late to find and pursue your true calling. 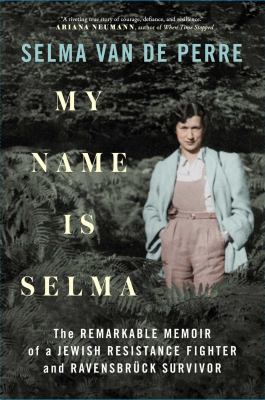 My name is Selma – Selma Van de Perre
The outstanding story of bravery in the most difficult of times. In 1942, at the beginning of the Second World War, 17-year-old Selma joined the resistance and traveled through Europe under the guise of “Margareta” with a fake ID. Though eventually captured by the Nazis, Selma was finally able to reveal her true identity. This is her reclaim of her story. 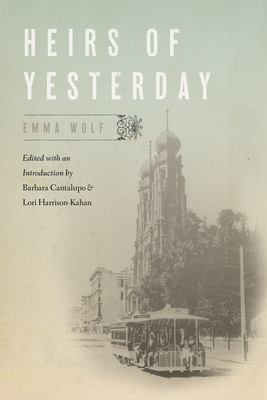 Yesterday’s heirs – Emma Wolf
Originally published in 1900, Emma Wolf’s yesterday’s heirs explores themes of individualism and anti-Semitism through the stories of physicist Philip May and pianist Jean Willard. This newly published edition also includes background information on Wolf himself, as well as information on the rise of Reform Judaism in the 19th centuryth Century Jewish community in San Francisco.

Ginny Dunnill is Community Services Librarian at Richmond Public Library. Books featured in this list are part of the Ben and Esther Dayson Judaica Collection, a collection that celebrates and shares Jewish culture. For more on the Dayson Collection and other great reads, visit www.yourlibrary.ca.